Why Do Women Have Such Small Parts in LOTR? asks Philip Pullman, Calls Tolkien's Iconic Book A 'Dead-end' 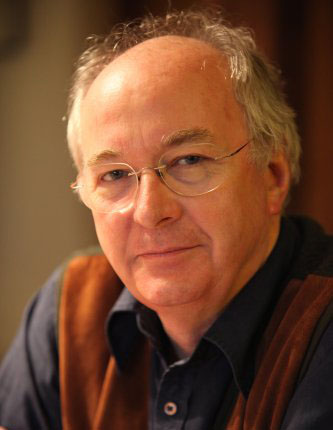 I know this interview has been doing the rounds, but I’ve only just had a chance to read it.

Although Tarek is the main protagonist in Grimbard, that is certainly not the case in book 1, For the Love of the Gods. I’ve tried to ensure there are many well-rounded characters that represent a wide variety of people. Not that I want to tick boxes, but because I think it makes the world more realistic and richer.

I’ve read Tolkien and C S Lewis to my children and they’ve loved them. But I understand that for some, the writing, themes and character representation are light years away from the likes of Joe Abercrombie, Brandon Sanderson, Fonda Lee and Robin Hobb.

It was also interesting to read Pullman’s well-known views on religion and politics. While I’m not writing this post to cast any judgements of my own, I realise that there are parallels between The Magisterium and the religious body that influences Northern Tarania: the Communion. I’ll leave that for you to decide whether it’s a conscious decision of me making comparisons with the real world.

I’d be interested to see what you think of his interview.